“With two decades of Chinese herbal medicine expertise, I am proud to bring you Ginseng Guy, the optimal brand for holistic health.” 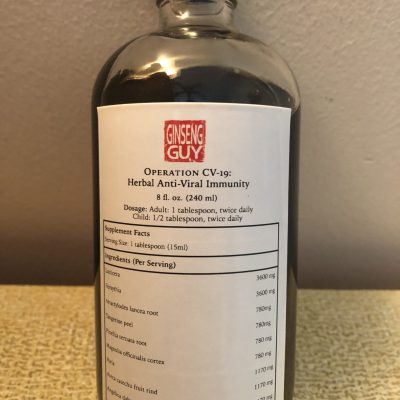 As we wage our war against Covid-19, one of the most powerful preventative tools is the utilization of plant medicine: an herbal anti-viral immunity formula. Recently, the Chinese government published a list of anti-viral herbs used in its battle against Covid-19, essentially coming to the conclusion that coronavirus is a combination of malaria and pneumonia. Extrapolating from this list, I formulated Operation CV-19: Herbal Anti-viral Immunity. These are proven herbs to boost your immunity to prevent viral contraction in helping to combat this infectious disease.

Ginseng is an adaptogenic herb used as an adrenal support and immune system enhancer. Ginseng Elixir, combining the energetic properties of Panax Red Ginseng along with Red Dates, has anti-inflammatory function as well as strengthening the quality of the blood. 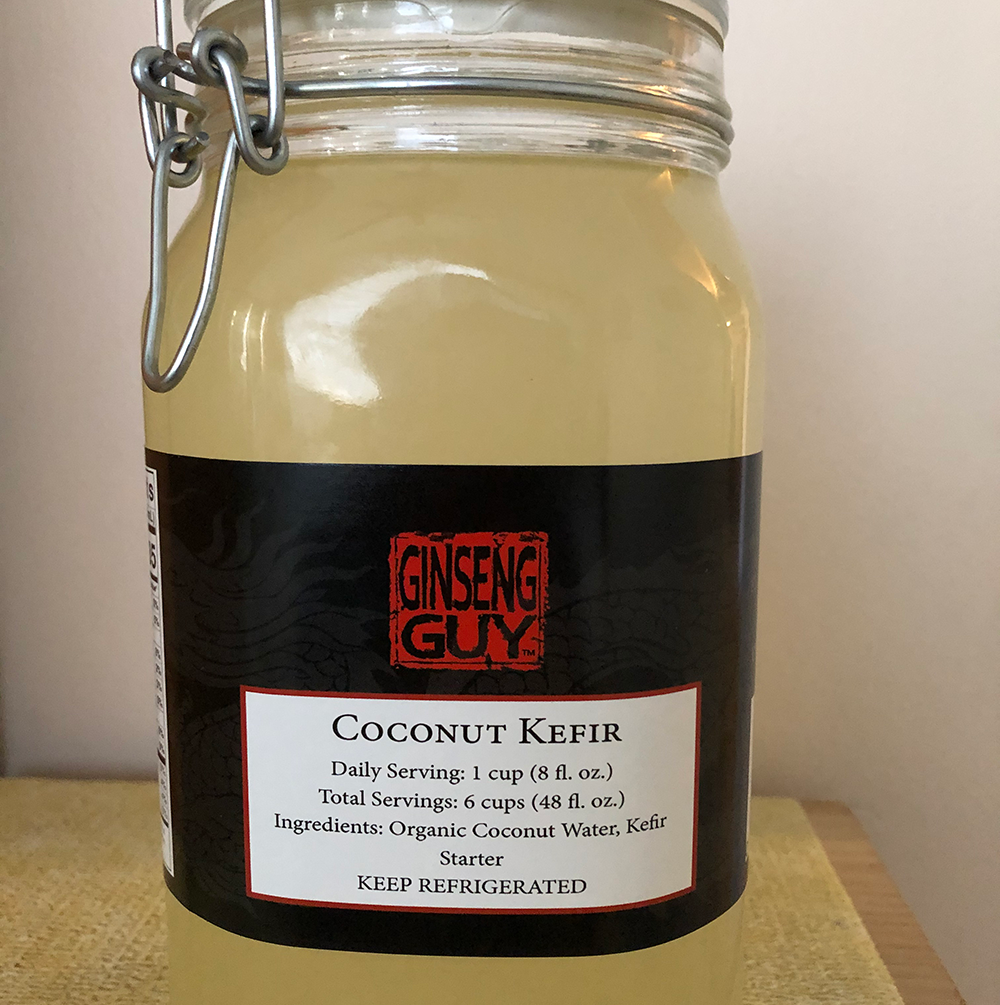 1.5 Liter ( 48 fluid ounce ) probiotic made with USDA organic coconut water. Coconut Kefir is the most efficacious way to implant friendly bacteria in the gastro-intestinal tract. 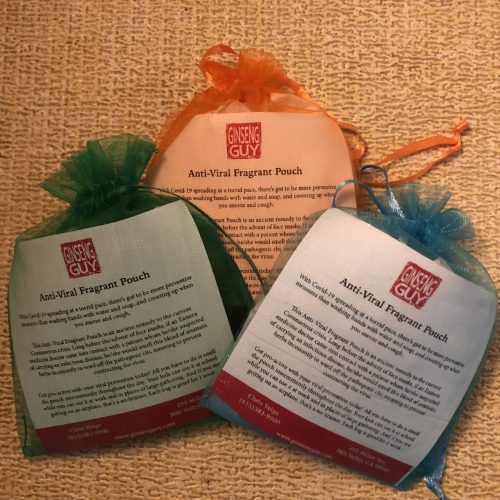 This Anti-Viral Fragrant Pouch is an ancient remedy to the current Coronavirus crisis. Long before the advent of face masks, if an Eastern medicine doctor came into contact with a patient whom he/she suspected of carrying an infectious disease, he/she would smell this blend of aromatic herbs incessantly to ward off the pathogenic chi, meaning to prevent contracting the virus. 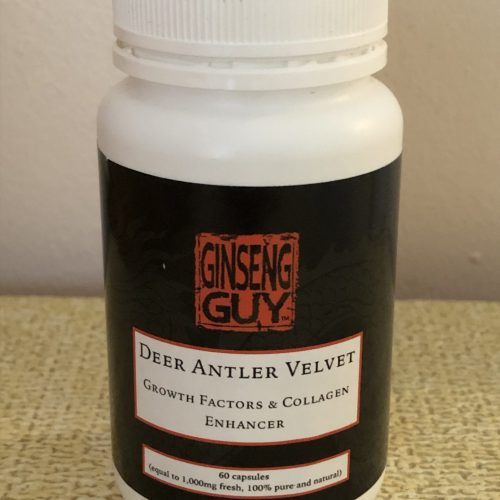 WHAT'S THE SKINNY ON GINSENG?

In my years of clinical practice as a Chinese herbalist and acupuncturist, the most common complaint is lethargy and lacking the vitality for life. Money can afford a lot of luxuries but when it comes to vigor and passion, there is no substitute.

For those who need extra Umph in their lives, Ginseng is the good news I have for you. Ginseng has been known by Asian cultures for more than a thousand years. Tabbed as the Elixir of Life, it is the most potent energy enhancer which holds the key to turning your life around. I think of it as the rising tide which lifts all boats.

Ginseng is an adaptogenic herb that supports adrenals and nervous system, and boosts mental and physical health. It helps to regulate hormonal changes. In particular, Ginseng enhances the production of endorphins, which is the main ” uppers ” hormone in your body chemistry. This ” feel good ” effect occurs by inhibiting the release of stress hormones as well as supporting the organs that produce endorphins. Since it maintains the condition of the cardiovascular, respiratory and nervous systems, you will feel elated, causing a positive feedback to promote further release of endorphins. 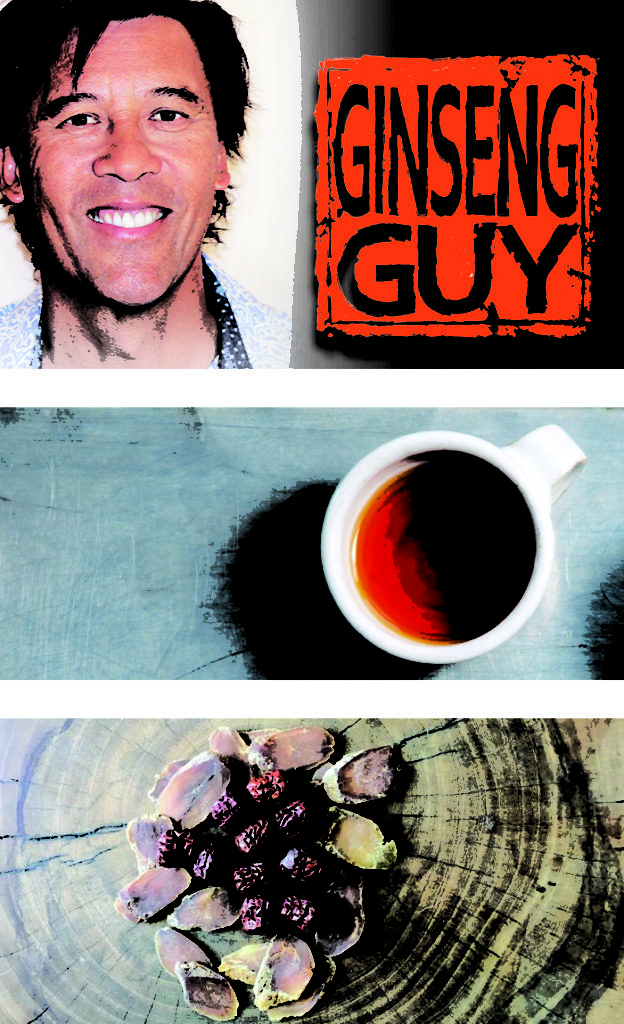 “I’ve been a patient of Chris for several months and feeling an extreme positive benefit from my treatments. I’m especially a fan of the ginseng drinks! Great clean and steady energy boost without the negative ‘ caffeine ‘ type side effects. I CAN FEEL MY CHI BALANCING 🙂 “